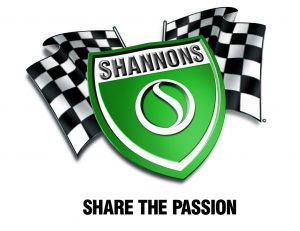 The new event dates to be confirmed are March 24-27, being the week after the Melbourne Grand Prix and a week before Easter. This is 17 weeks away.

Some comprehensive research shows us that this period of time exceeds that which Victoria required to gain control of the virus and it is also approximately 1 month after the time that Australia is expected to have access to several of the vaccines due in the first half of next year.

The average daily maximum temperatures are 24.5 degrees and the dates are still within Daylight Saving time.

REINSTATEMENT OF ENTRIES FOR THOSE THAT WITHDREW

Those entrants, such as the entries from Western Australia and Victoria that withdrew early because they couldn’t get to the event, will now receive priority to be relisted as entrants in the March Event.
The feedback from those from interstate has been heart-warming and we thank you all for continuing to support our event and run at the March event.

Through the planning process for what would have been next week’s event, we have discovered transport partners from WA, QLD and ACT that can take multiple cars to Adelaide, email us for details. We also formed a relationship with CEVA Logistics that has discounted rates for transport to Adelaide Contact [email protected] and we can also organise pickup from depot and secure storage for entrants.

The Tarmac Cup series we operate with our friends at Targa West events will be decided at the March Adelaide Rally event being the final round of the series. Several Western Australian entries are leading the points table.

With the Western Australian and Victorian entrants expected to feature on the entry list again, we are projecting a field of over 120 cars running for trophies at the March event and a total field capacity of 400 cars. This means our event cements itself as the largest event of its type by a very long way. We are also hopeful of a return of the Gouger Street Party and other traditional festivities attached to the event for the March running.