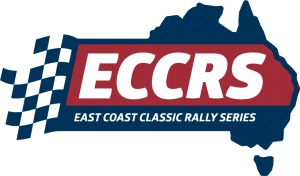 2021 saw Rally of the Heartland added to the East Coast Classic Rally Series, a move that was well received with more than a few ECCRS crews making the journey to SA for this epic classic-car focused event.

Nathan Quinn is quoted as saying, “We competed in this year’s AGL Rally of the Heartland and have already planned to attend in 2022. The organising team and the community were very welcoming this year, and it was one of those events that you just really enjoyed competing in. Short fast stages to 50km plus stages at night that require you to really think about how you approach them, it’s an event that has everything and because of that and we are looking forward to heading back in 2022”.

Rally of the Heartland Clerk of Course Ivar Stanelis sees his event’s inclusion in the popular series as a boost to both the event and the series, “Australian Rallying has a strong heritage and Classic rallies have been attracting increasingly healthy fields for the past few years.  Partnering our classic-style event with Australia’s premier classic rally series has been a win for competitors with the move further developing the already strong scene”.

Rally of The Heartland is based in the heritage town of Burra, South Australia and is set against the backdrop of the area’s rich agricultural land. Each year the event’s date is set in consultation with Regional Council of Goyder and local landowners who ensure the event doesn’t interfere with critical agricultural timelines or other community events.

The East Coast Classic Rally Series organisers, the NSW rally Panel, have been thrown a curve ball with the date assigned for next year’s Rally of The Heartland being June 3-5, the week before the traditional date of another iconic ECCRS round, the Bega Valley Rally.

Commenting on the situation, NSW Rally Panel Chair Adriana Pallister said, “Classic rallying is something the NSW Rally Panel are focused on fostering and we are immensely proud of the East Coast Classic Rally Series.  Adding Rally of The Heartland to our stable has strengthened the series and was warmly received by competitors.  We’ve deliberated at length with the organisers of both Bega Valley Rally and Rally of The Heartland, working through how to best manage the situation.”

With the 2022 Bega Valley Rally and Rally of the Heartland falling on subsequent weekends, both will be included in the ECCRS, however those contesting the series will not be forced to enter both events.

“These are challenging times” commented Pallister, “and we need to adapt to the challenges. Things can change from week to week in different parts of the country so it’s critical we support the organisers who put on these high-quality events.  We’re equally committed to giving options to our competitors without asking them to over-commit and are all in agreeance that the extreme popularity of each event means neither is likely to be unduly affected by the dates, with competitors likely to attend their preferred option regardless of series status.  In recent years the ECCRS has been contested over 7-8 events, each of 2 heats, with only 8 heats counting toward the series.  Having these 2 epic events in the one series is incredible and we’re glad the existing structure ensures competitors aren’t disadvantaged if they are unable to commit to both events”.